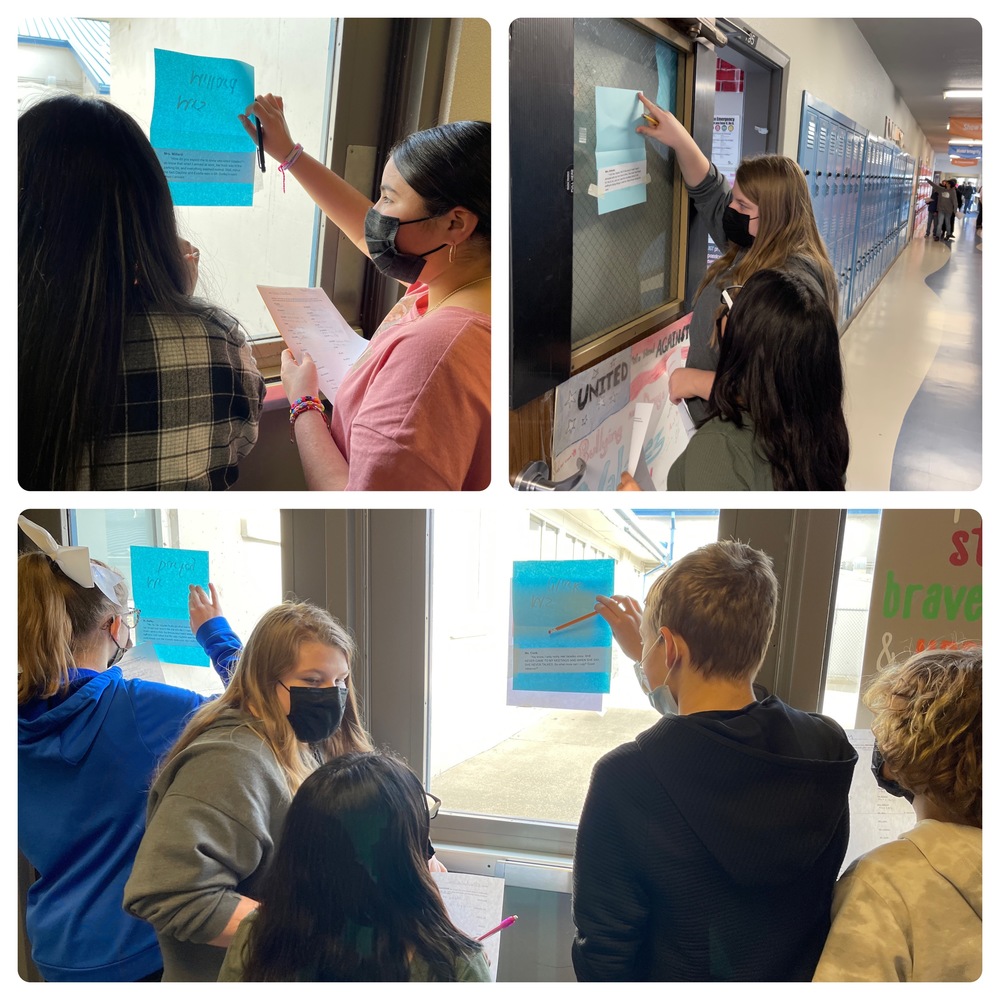 What if you showed up in your middle school Language Arts class and your teacher said “today, you will be solving my murder”? Students in Carly Valadez’s class on Tuesday, February 8th were surprised to hear this from their teacher, who was standing in front of them perfectly fine.

Valadez had set up the mock murder with a description of her “murder case” and statements from teachers and staff members taped up around the school. Students walked around the school reading the clues and trying to solve who the “murderer” was.

The purpose of the activity was to use inferences, a language component defined as a conclusion reached on the basis of evidence and reasoning. Valadez said she does this activity every year to kick start her unit on inferences and give students a different way of learning. “They have to put these little pieces of information together to get an accurate picture of what really happened,” Valadez said.

Students’ experiences with inferences will also be employed while reading the class’ next book, Monster by Walter Dean Myers, a novel about a 16-year-old boy who is involved in a murder. Valadez said the book never reveals who the murderer is and “really gets students thinking.”

So, did the students solve Valadez’s murder? Some did. Based on the clues, several thought the murderer was Mr. Durfey, but it ended up being school secretary Estella Garza, who was surprised at the conclusion.