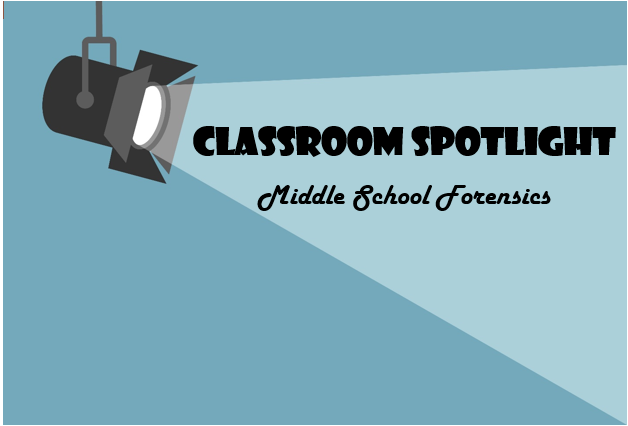 On Tuesday 9/14, the 7th and 8th Graders in Mrs. Millard’s Forensics class at Clara Brownell Middle School learned about how to embark on a career in law enforcement and what it’s like to process a crime scene. Officer Gene Wilson from the Umatilla Police Department visited the classes and shared about his own career path and what it’s been like to be a police officer for decades.

Officer Wilson said there are several pathways to becoming a police officer, including the military and college. He served for seven and a half years in the U.S. Air Force, where he was a handler for a bomb and drug detection dog. Officer Wilson has worked in the Hillsboro and Hermiston police departments, as well as Umatilla PD. During his first crime scenes, he used a Polaroid camera, so having a digital cell phone now is a big improvement. From collecting evidence and sending it to the state crime lab to writing a lot of reports, Officer Wilson shared that police work involves lots of detail.

Students asked various questions ranging from truancy to weapons used at crime scenes. Among his answers, Officer Wilson said the best part for him of being a police officer is working on a team. “I really liked playing sports in school because of being part of a team. If you like that, you will enjoy being a police officer, too.”

Officer Wilson will visit the Forensics class throughout the school year to teach about fingerprinting, evidence collection and more. 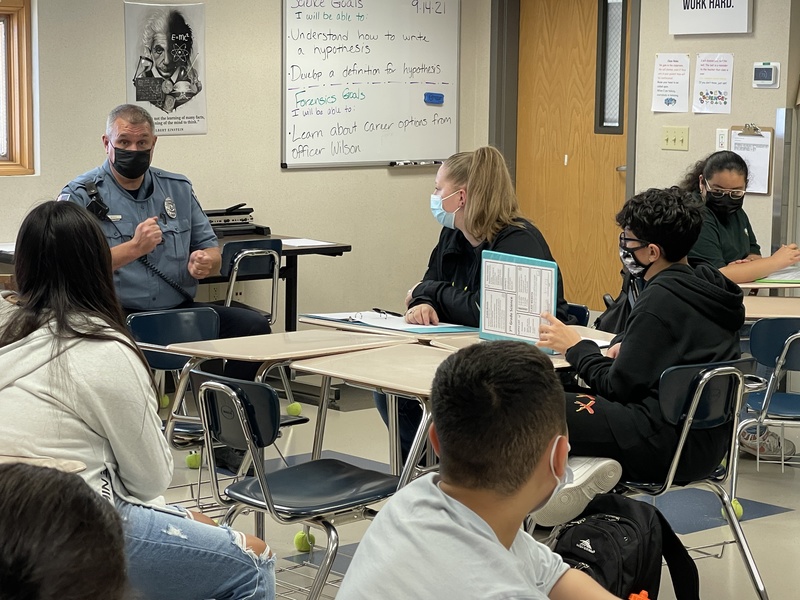 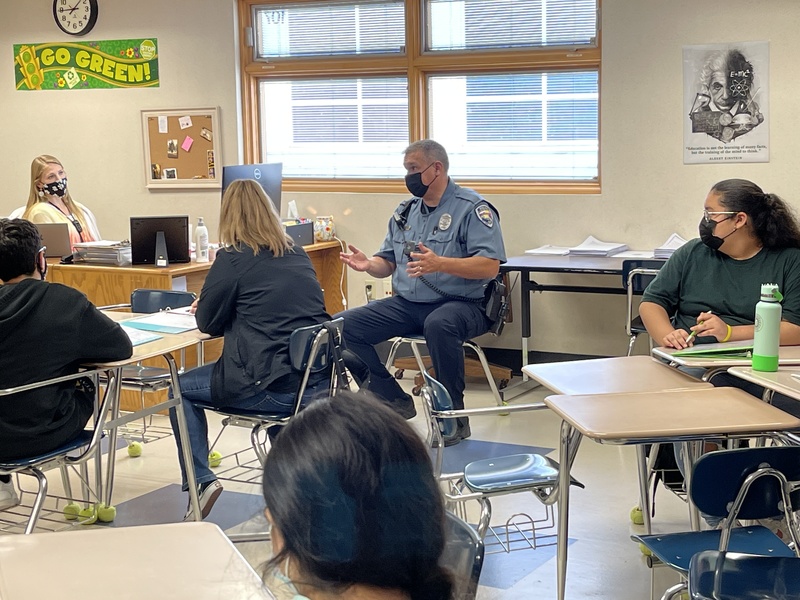 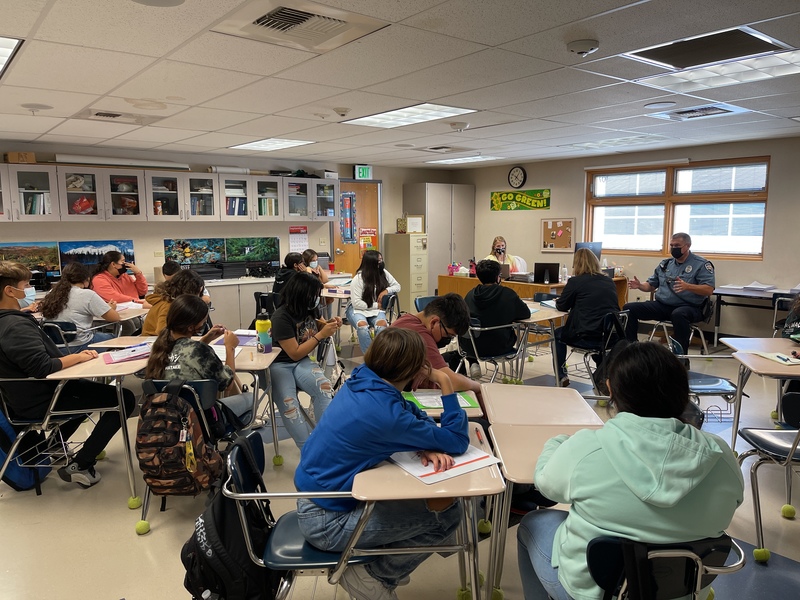 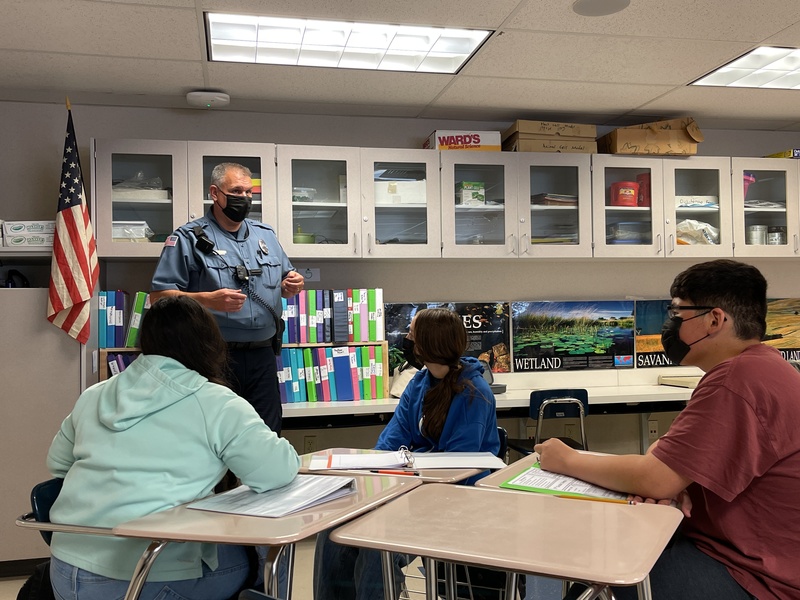