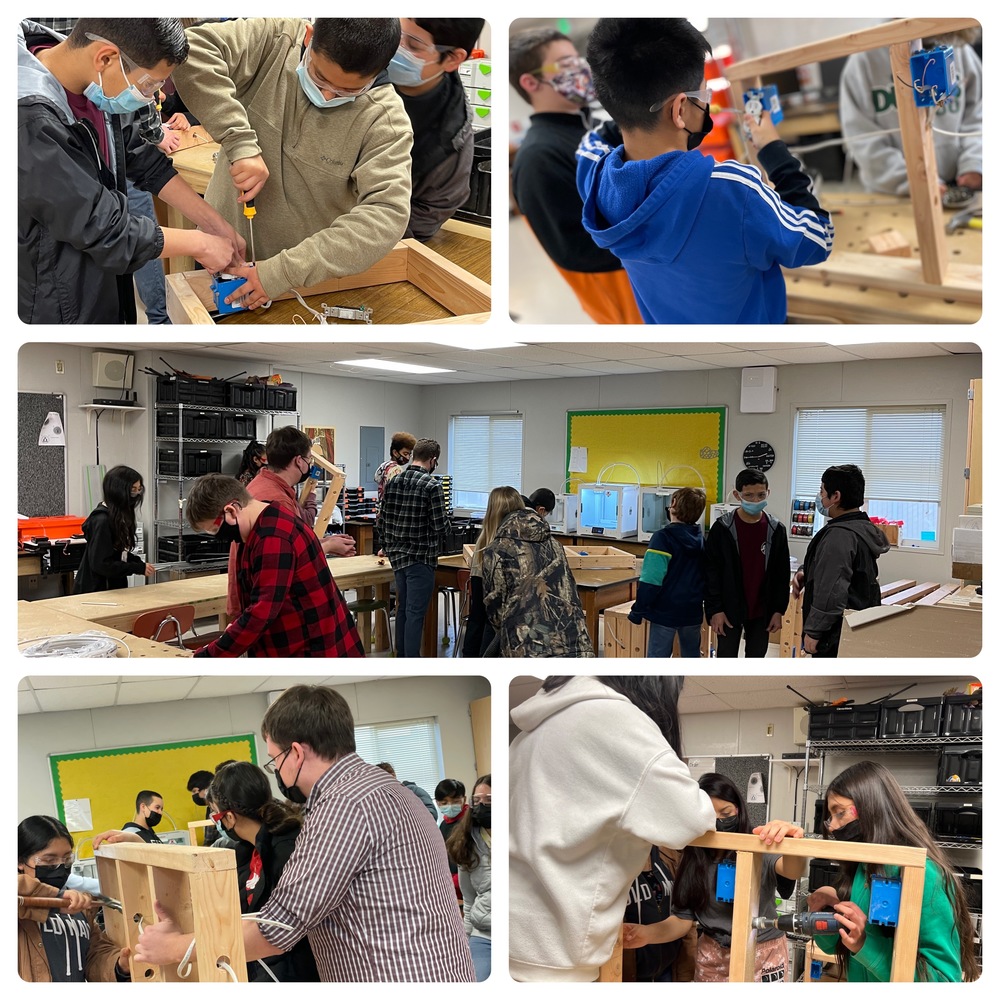 Teacher Caden Sipe started with the basics – what is an atom? The sixth-grade students seated in their desks in his classroom had various answers – it’s a cell, it’s small like a germ, it’s inside us. All correct, Sipe said, as atoms are everything. Then he proceeded to explain electrons, having the students form a circle and passing “electrons” (white plastic balls) from person to person to simulate electricity.

Sounds like a science class, right? Actually, it’s the Exploring Trades class at Clara Brownell Middle School. And these students are going way beyond atoms. They are exploring carpentry, electricity, plumbing and more. The purpose of the class is to introduce middle school students to a variety of trades, for general awareness and for potential careers. This is the third year the class is offered at CBMS, and is open to sixth, seventh and eighth graders, who take the class for the entire year. 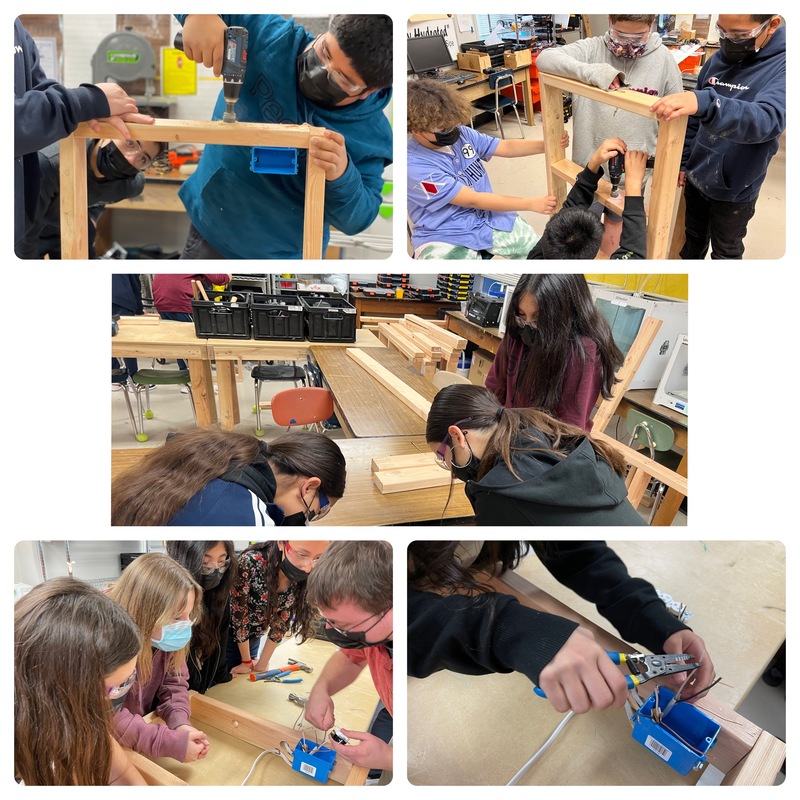 Sipe said he starts the year out with simple projects like making a small-scale airplane, then the class moves on to more technical projects. Today, groups of four sixth-grade students are working on their “walls,” which are small wooden “pony” walls they have constructed from two by fours. Their current task is to add wiring and switches to their walls, exploring how power is installed in actual homes.

Asked if building their wall in the past few weeks was difficult, the team of Jade, Cooper, Nicole and Sam said yes, getting the lumber squared up and nailing it together was “pretty hard and required a lot of hammering.”

Khloe, a student in a different group, said learning to use the shop tools like saws has been great, and the teamwork is a fun part of the projects, because you can work together, talk and laugh. Her group also acknowledged this is hard work. “People who build houses should get a lot more recognition,” Khloe said.

In addition to learning the value of teamwork, Sipe said having students gain confidence is a huge benefit of the Exploring Trades class. “When the class starts, some of these kids may have never used a hammer or don’t have one at home, so we spent three weeks learning hammer skills. But now that they can recognize many tools, they can use them.”