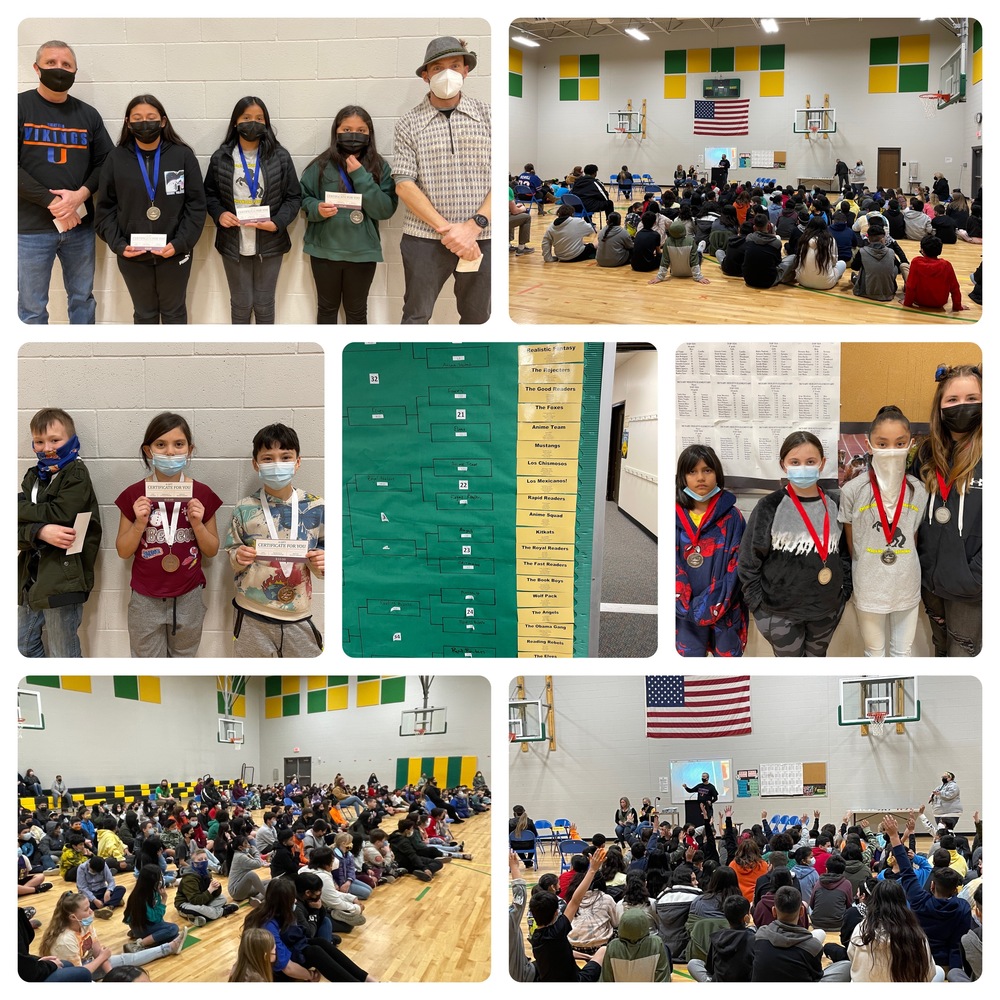 Two teams, 16 questions, and 20 minutes. That’s what it came down to for the final battle of the Books at McNary Heights Elementary on Friday, March 4th.

David Lougee, Media Specialist/ESL & Bilingual Coordinator, said he was excited for this final battle after weeks of previous battles. He said The Dream Team is undefeated but was missing one of their members today, so he was not sure if that would affect them. And Sea Shanty has lost one battle so far and is “kind of a scrappy, underdog team” so this battle should be good, Lougee said.

The battle’s first-round began with eight “In which book did this occur” questions, where teams earned points for determining which book the content was from, naming correct titles and authors. Some of the questions were pretty detailed: how old was a certain character? what exact color was the car painted? what was the phrase and year on the candle?

But these team members didn’t seem fazed. At the end of round one, the teams were tied 6-6.

The second round asked content questions from the different books. During the back and forth questions, each team consulted among themselves, getting some questions correct and missing some. At the end of the battle, The Dream Team was the winner, with a score of 11 to 6.

The top three teams then came forward to receive their medals and Scholastic book gift certificates. After hundreds of pages of reading, it was over.

Tim Young, fifth-grade teacher, served as the moderator for this final battle, and he was very happy that the Battle of the Books simply happened this year, after pandemic cancellations the past two years. “It is so exciting to be here and see students participating in the Battle of the Books, and we thank Mr. Lougee and everyone who made the competition possible this year,” Young said.