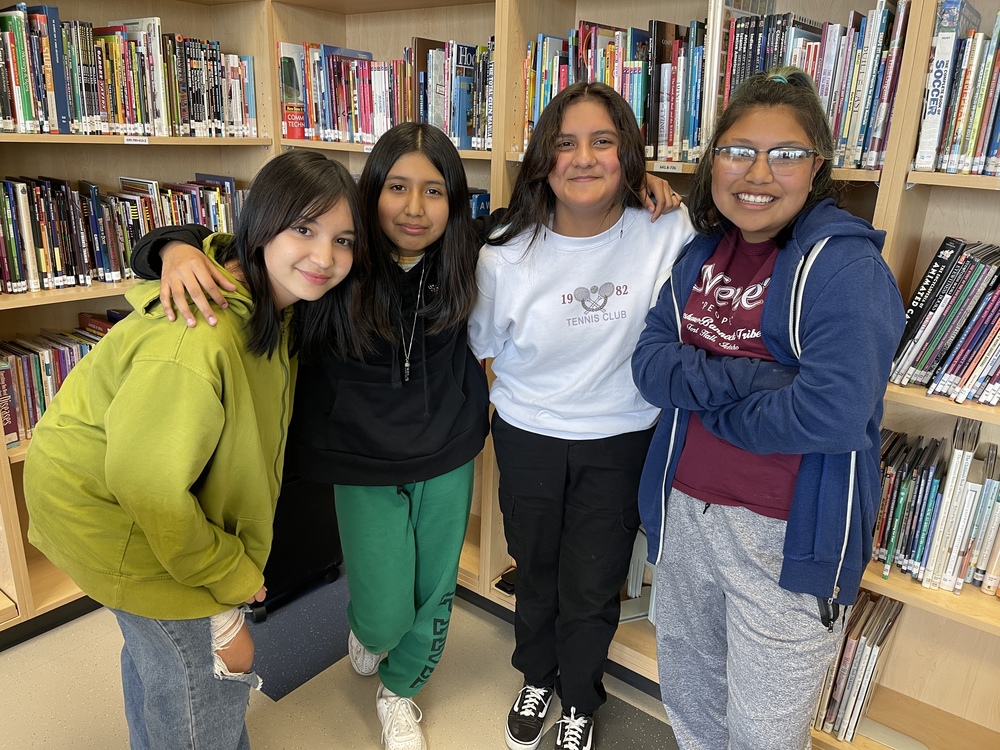 A team of four seventh grade students won the CMBS Battle of the Books at the school level and advanced to the Regional Battle, which was held on Saturday, April 23rd. The team, called YMCA, has four team members: Miley Carrasco, Merced Dickens, Cindy Oseguera Gonzalez and Carrie Smith.

Gathered in the CBMS Library before the Regionals competition, the four young women said at the beginning, they divided the 16 books out, each reading four of them. They took notes about each book and also made sure they memorized the full titles and authors of each one, because they knew that would be asked during the battles. At CBMS, they went up against sixth grade teams and eighth grade teams and remained undefeated to win the school competition. Carrasco said even though they prepared, many of the battles were really close and they were a little surprised when they won.

Some of the questions in the battles are very detailed, but the team members said they found that communication between themselves was the key during the battles. They made sure they all talked about the answer before they gave it.

They haven’t yet received their championship medals, but they were preparing for the regional battle. “It’s a bit nerve-wracking and scary to compete in the battles,” said Dickens, “but we will be ready.”

At the virtual, regional competition at the end of April, YMCA competed against 10 other schools from the area. They did not win the competition, but they represented CBMS well. The team members said they are planning to return for another chance at the title next year!