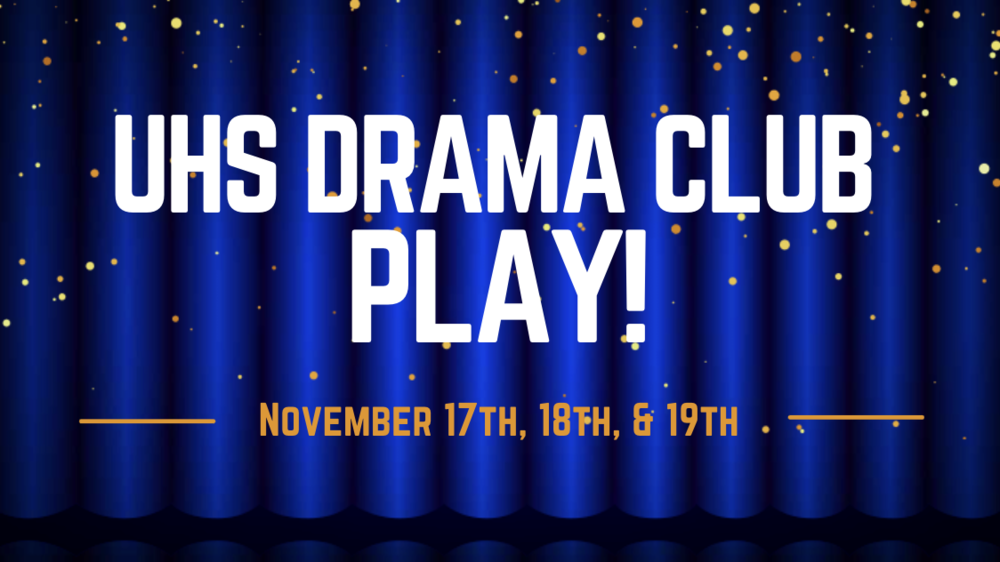 The Umatilla High School Drama Club has been busy preparing their next play, “The Internet is Distract - Oh Look A Kitten!,” a comedy by Ian McWethy. Including actors and stage crew, there are about 15 to 20 students who have been working on the production, which is about a teenage girl trying to finish writing her English paper but who keeps getting distracted by surfing the wonders of the Internet.

The play will be performed in the UHS Commons on November 17, 18 and 19 at 7:00 PM and
admission is free. The play is open to the public and is for all ages. The Drama Club’s advisor is
teacher Clint Hill.

Stage Manager Alyssa Bow, UHS Sophomore, said she has really enjoyed working on this
play –since it’s a longer production, there has been more work for the lighting. Bow also said
she enjoys the different traits of all the characters. Elizabeth White, UHS Sophomore, plays two
characters, including the character of Amazon Prime Video, who White describes as preppy,
which she likes. “The play is really funny and has a lot of personality, and I would encourage
UHS students to come out to enjoy this fun experience and support your school,” White said.

The main character, Micah, is played by UHS Sophomore Eden Enkey. She said this character
does a lot of reacting on stage, which was challenging at first, but also really fun. Enkey said the
set is fun because everyone working on the play put something into the set.

Sophomore Liam Early is the actor playing Email, who is depicted as an old, Western person.
Early said he has enjoyed watching his fellow actors and how they do things, which has helped
with his own role.

Another actor, Felix Jaimes, plays five different characters, two of whom are high energy,
requiring some strategic work. Jaimes said they encourage the audience to enjoy things as they unfold in the play. “I love how silly and un-serious this play is, and I hope people enjoy
something new!”

Enkey said it’s fun to see your friends do amazing, creative stuff on stage and since the UHS
Drama Club is fairly new, “I hope it grows into something a lot larger in the future.” 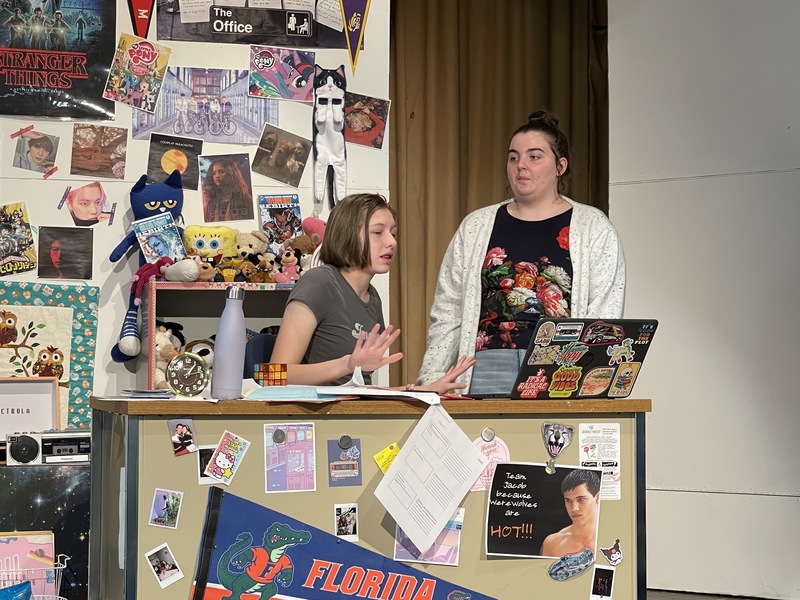 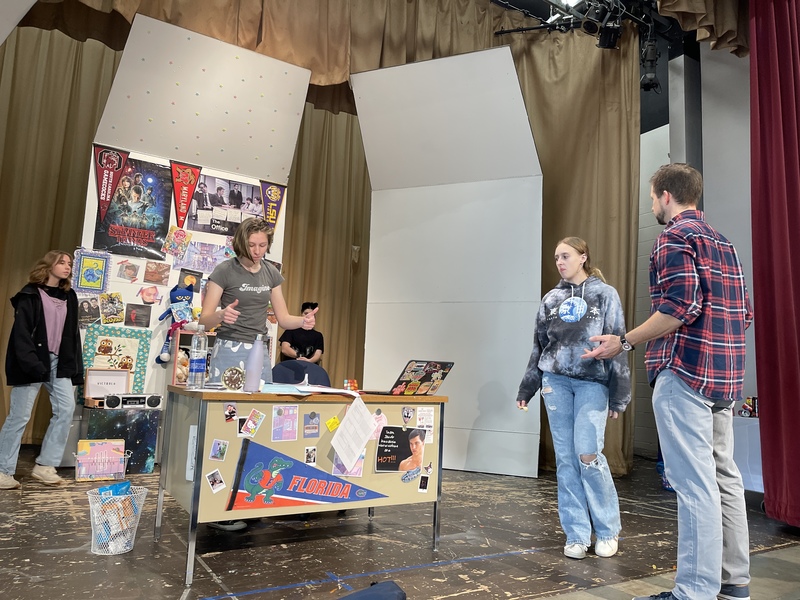 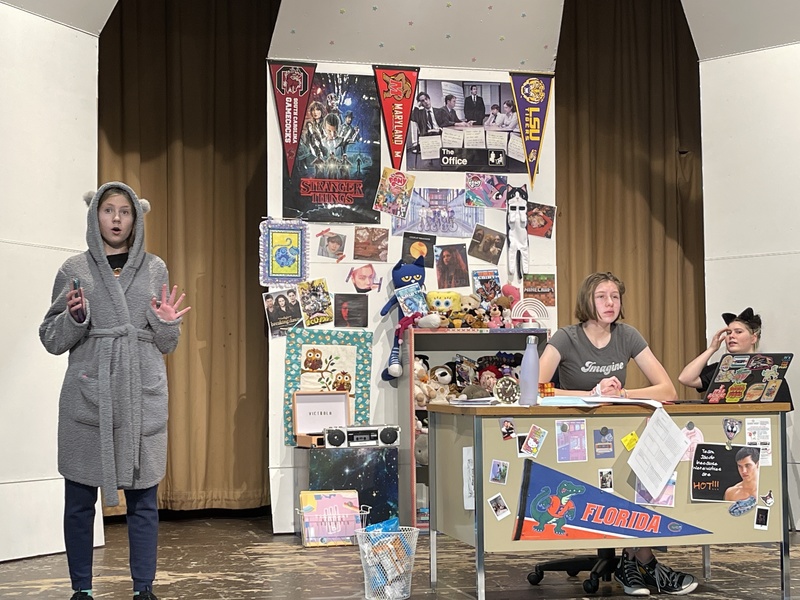